American Ag Energy is in the business of integrating greenhouses with power plants to grow vegetables.  The Company's technology is extremely green because it uses waste heat and CO2 from the production of electricity to provide combined heat and power benefits to the greenhouses which significantly enhances returns on employed capital.  The Company is capable of growing a variety of vegetable crops, the demand for which is significant.  The produce can be delivered to retailers within 24 hours of harvesting.  Rain water is recovered and used to operate the greenhouses and all nutrients are continuously recycled.  The Company does not use pesticides to control insects but, instead, relies on predatory insect species resulting in zero adverse health effects from the use of its products. 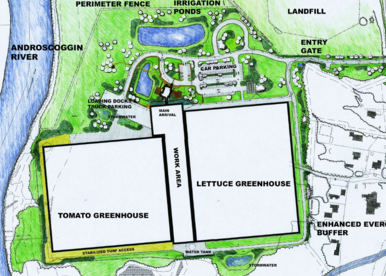 Danny is responsible for quality control and supplier managament relating to various aspects of the company's greenhouse development efforts. Danny holds a B.S. in Chemical Engineering and a minor in Economics  from the Massachusetts Institute of Technology

The company has a team of experienced growers, engineers, and crop supervisors with many years of experience in all aspects necessary for the successful operation of combined heat and power greenhouse facilities.

Dr. Rosen spent his early years in the greenhouse and florist business, first as laborer and ultimately as grower and buyer at Harry Quint Greenhouses. Later, he began his professional career at Abt Associates advising federal government agencies, and while at Abt he was instrumental in formulating the Clean Water Act. He founded a series of energy and environmental operating businesses, serving in a variety of roles including CEO, Chief Engineer, Chief Scientific Officer, President, Consultant, Chairman and Director. ERCO Petroleum Services designed and constructed fluidized beds for clients such as Clorox, Tennessee Valley Authority, Tenneco, Combustion Engineering, and others. ERCO was sold to NL Industries and its laboratory affiliate was sold to Corning. Advanced Energy Technology commercialized equipment developed at the University of Texas to measure physical properties of the earth’s subsurface including resistivity for use in oil, gas and geothermal exploration. AET was ultimately merged into its Japanese venture partner, Nishon Iwa. Dr. Rosen has extensive experience building operating facilities including one to remodel landfills using a patented technology and a manufacturing system to recycle rubber for use in a variety of industrial applications.

Dr. Rosen earned a Master’s Degree in Forest Science and a Ph.D. in Engineering from Harvard University.

Marguerite was Controller of a consumer products company and later became a Commercial Loan Officer at a predecessor of Bank of America. She founded and managed Newbury Piret, a 30-year-old Boston-area investment bank, completing merger, acquisition, and financing transactions in several industries including energy and environmental. In addition to her operating and management responsibilities as CEO of Newbury Piret, she effected numerous transactions including the raising of capital from institutional sources such as private equity firms, banks, finance and insurance companies, and acquisitions and sales of businesses from and to industrial organizations. Marguerite sold Newbury Piret Securities in 2018.

Marguerite serves as Trustee of the Amundi Pioneer mutual funds, Director of New America High Income Trust and previously was Director of two publicly traded companies, one in biotechnology and the other in the environmental industry.

Ms. Piret earned an A.B. in Applied Mathematics from the School of Engineering and Applied Sciences at Harvard University with a minor in Biology and an M.B.A. from Harvard Business School.​

Abuubakar is responsible for facility design and development, financial analysis and modeling, and vendor selection. Abuu received a bachelors degree in Electrical Engineering with minors in Economics and Arabic from Harvard University.

Daniel is responsible for energy purchase commitments and selection of energy sources. Dan received his B.S in chemical engineering and a minor in energy studies from the Massachusetts Institute of Technology.

Samuel is responsible for the environmental requirements with project sites, as well as managing food and employee health and safety. Sam received his B.S. from The Ohio State University in Agricultural Engineering and completed an M.S. in Environmental Engineering at Tufts University.

Ronald is responsible for all security aspects during construction and operation of American Ag Energy's greenhouse facilities. Ron is a retired police officer who served at the Cambridge Police Department for 31 years. Ron received a B.S. in Administration of Law and Justice from the University of Lowell, and an M.A. in Criminal Justice from Anna Maria College.